You are currently viewing the Vision-integrated cobot for automated HDI PCB inspection page. 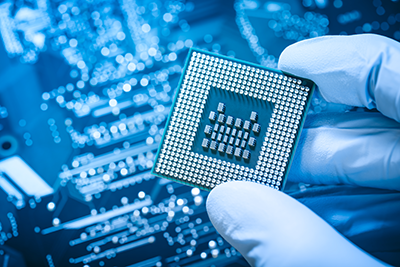 Our TM Series collaborative robot (cobot) is a versatile solution that can be adapted to numerous applications, including loading and unloading, pick and place, assembling, testing, mounting, soldering, to name a few. The cobot’s simplified programming requires no coding, so startup is quick and easy.

The power of a turnkey solution

After considering several strategies, our customer decided to build the solution around the TM Series cobot and other proven Omron technologies like the FH Series vision system, the NX Series controller and Sysmac Studio. The PCB manufacturer wanted a turnkey system that could be easily supported by its field service providers.

The cobot enabled the team to place the inspection station alongside workers without having to include an expensive safety cell. The fully integrated solution incorporates traceability infrastructure, integrates easily with third-party systems, and reduces the effort required to program the robot to inspect new PCBs.

Manufacturing equipment goes through regular technological advancements, and it can be difficult for engineering graduates to stay up to date without being exposed to the latest developments. For this...

Visualization is the graphical representation of information, such as a situation, trend, or current or impending problem. Omron human-machine interfaces (HMIs) are designed to expose patterns to the ...

Harnessing traceability to support the factory of the future

The word “traceability” can mean different things to different people or organizations. In manufacturing, it’s a powerful way to ensure quality by tracking raw materials and works-in-progress. When er...

According to ISO 13849-2, the main goal of verification and validation is to confirm that the design of a control system’s safety-related parts (SRP/CS) meets the specific safety requirements for a ma...