Focused on sorting randomly stacked parts stored in bins, the camera is mounted on robot arms to add flexibility when acquiring pictures and approaching the objects at different angles instead of from an overhead-only orientation.

Omron's 3D robot vision system can help users with a manual operation for sorting parts used in the assembly process, which can involve sorting mistakes or injuries due to heavy workload lifting and even difficulty in securing human resources for parts picking. The vision system can also be helpful in scenarios where an overhead mounted camera is not emptying the bins or not fitting the available installation space due to excessive mounting structure size. 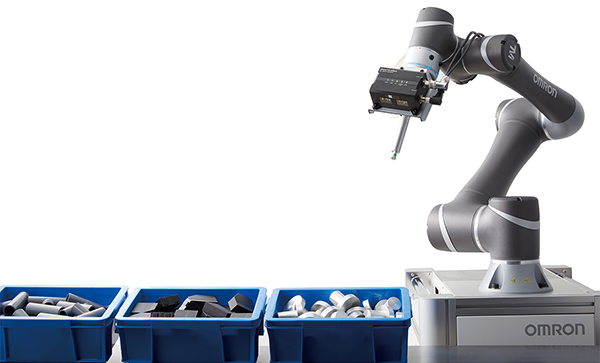 Camera is capable of precisely identify randomly stacked parts inside of a bin, pick and place them at a conveyor, parts magazine or tray.

Shorten measurement time by taking a single shot of the object with a multi-pattern structured light. It also contains a built-in 2D light for code reading and other inspections. 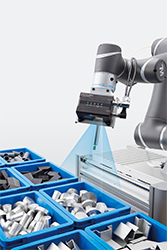 Increase capability to fully empty the bin by taking pictures on different angles of parts in challenging positions. Having a compact, lightweight camera to move it on the robot arm instead of having it installed on a fixed location, adds flexibility to the vision system and improves parts detection. 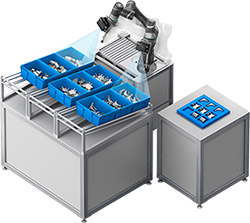 Reduce cell size by installing the compact camera on the robot arm instead of a fixed location that could be extremely tall for longer FOVs. Also allows for cell flexibility by modifying only software for camera and robot instead of cell fixtures. Network segregation to separate machine network (quick data exchange) from factory level network (heavy loads of data), allowing for data organization and machine speed improvement 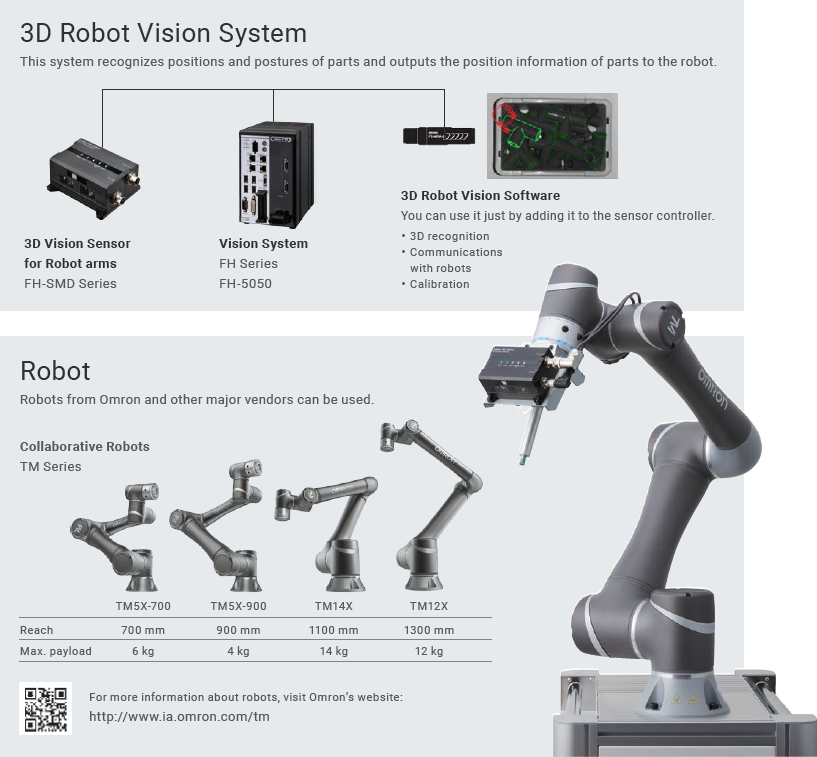 The fast and most flexible vision system with newly added AI Components to the already complete and powerful set of inspection tools.

As the evolution of our FZ Series, the FZ5 controllers carries out the same software interface as the FH Systems, but supporting our legacy FZ cameras and a built-in LCD screen option