You are currently viewing the Sysmac Studio Software page.

Created to give machine developers complete control from a single environment, Sysmac Studio integrates configuration, programming, simulation, and monitoring in a simple interface. This advanced software tool is the sole software required for the NJ-Series machine automation controller, which brings together logic, motion, and vision onto a single platform.

Other utilities for peripherals and expanded information network configuration are also included in the software suite. One software to control and configure the entire machine with a single connection gives you the power and efficiency to develop and create like never before.

The Team Edition implementation of Sysmac Studio incorporates a distributed version control system within the platform’s rich interface. It allows multiple co-developers to work on same project, with easy project comparison and efficient handling of machine versions. Omron has chosen Git, which is the most popular open source distributed control system, giving development teams the freedom to choose any Git-based cloud web repository.

The version control system allows engineers to work on a local version of a project with full control over the project source code. Improvements and modifications made to the code on the local version can then be merged with a remote server, so other teams can access the code. 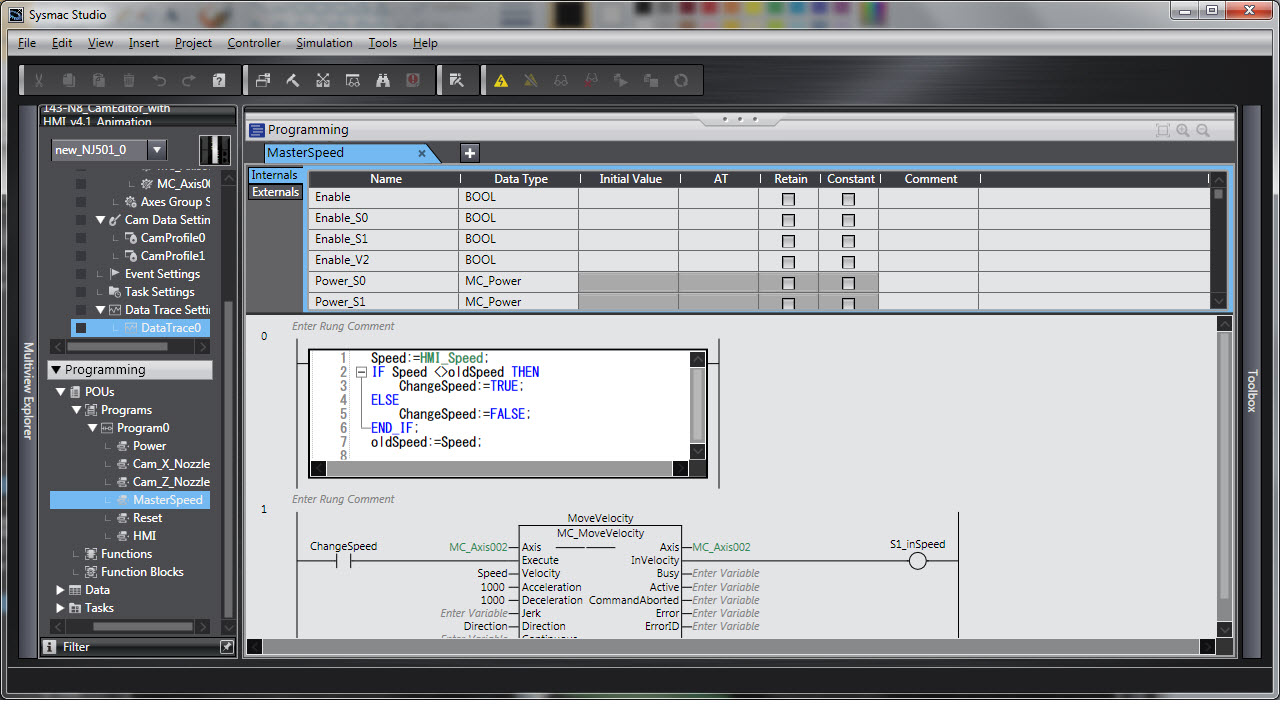 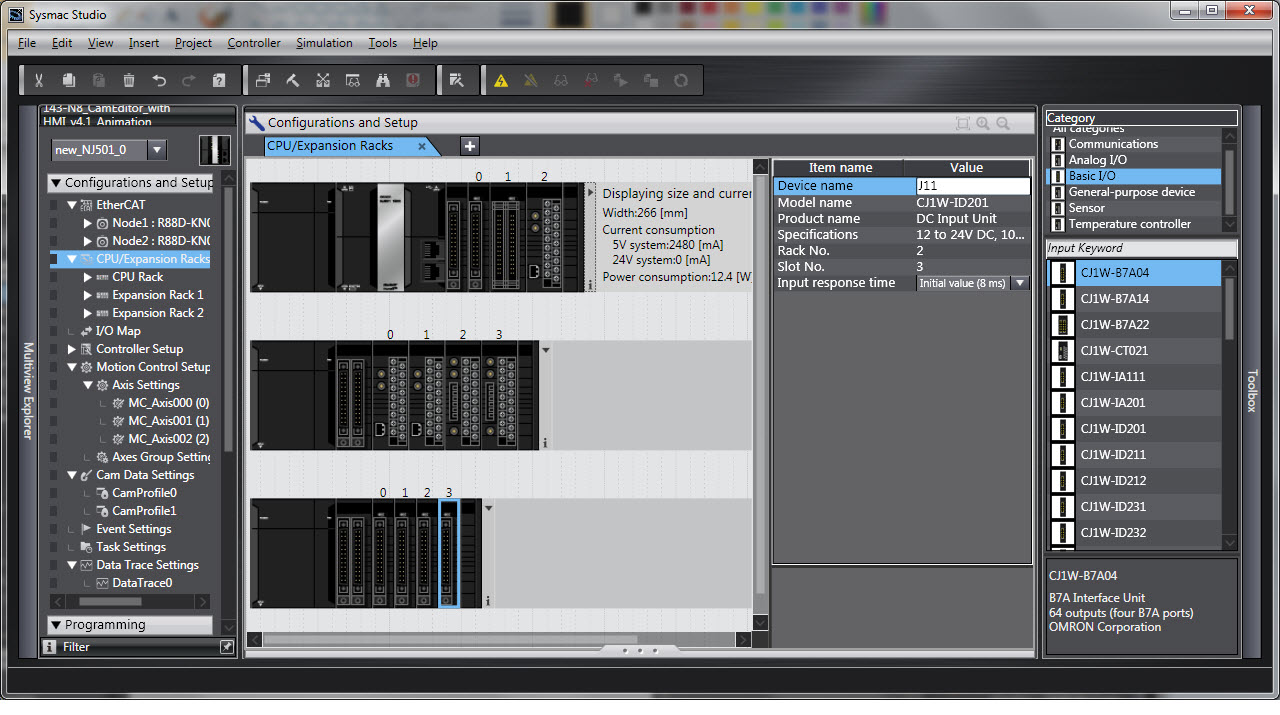 There is no need to spend time learning the internal memory map of the NJ-Series controller; it is a true Tag-based controller. Sysmac Studio automatically converts user-defined variables into CPU memory behind the scenes, promoting faster development and reduced errors. This also eliminates the need to for a complete machine or hardware memory map before starting software development. Hardware and software can be designed independently and developed in parallel. 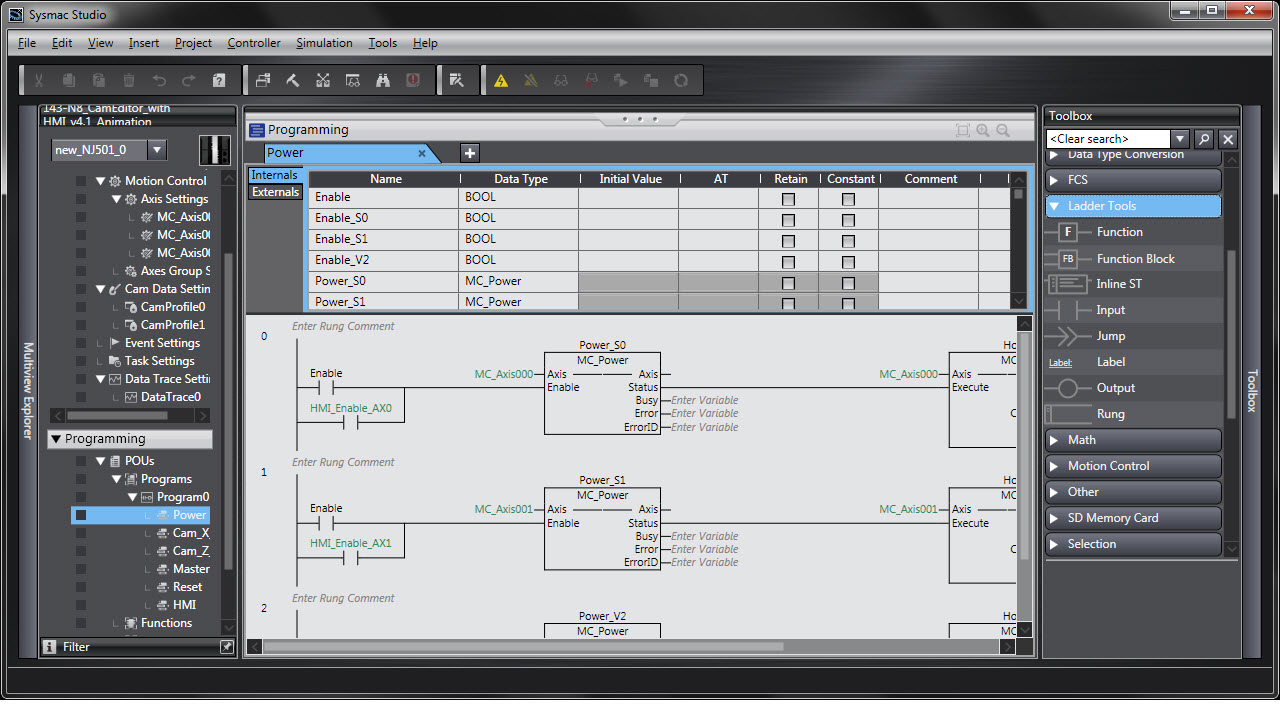 Sysmac Studio allows you to start design work from any part of the system, without any rigid design procedures. The environment features easy-to-understand icons, intuitive menues, drag-and-drop configuration, and automatic completion and error checking that enhance the workflow. This results in user-friendly operation for flexible development, in which programming or setting errors are exposed early, and straight-forward to correct, minimizing impact later in the design cycle. 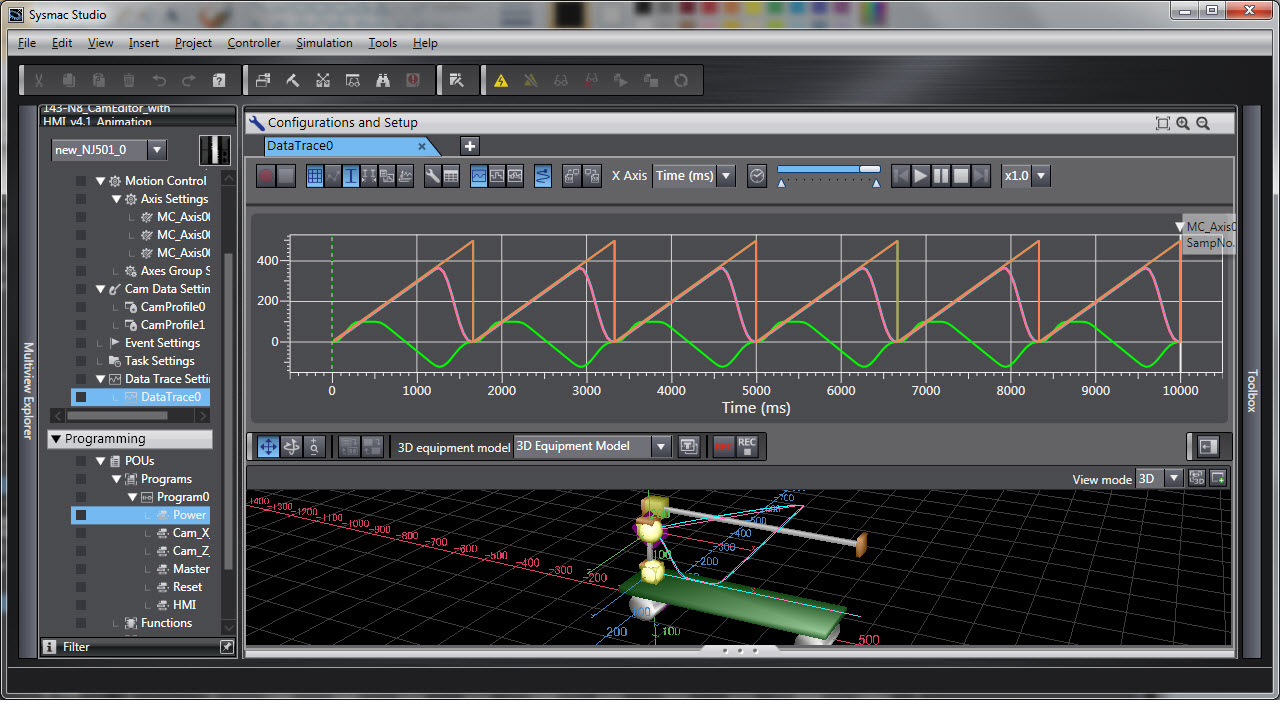 Sysmac Studio provides extensive functions and tools for troubleshooting the sequence control program, such as monitoring realtime values, setting break points, and making online changes. It can also visually simulatate motion control, displaying results in 2D or 3D and displaying traces on virtual devices. The 3D Simulation tool offers programmers the opportunity to immediately observe the physical movement that results from the code and configuration they chose to implement. 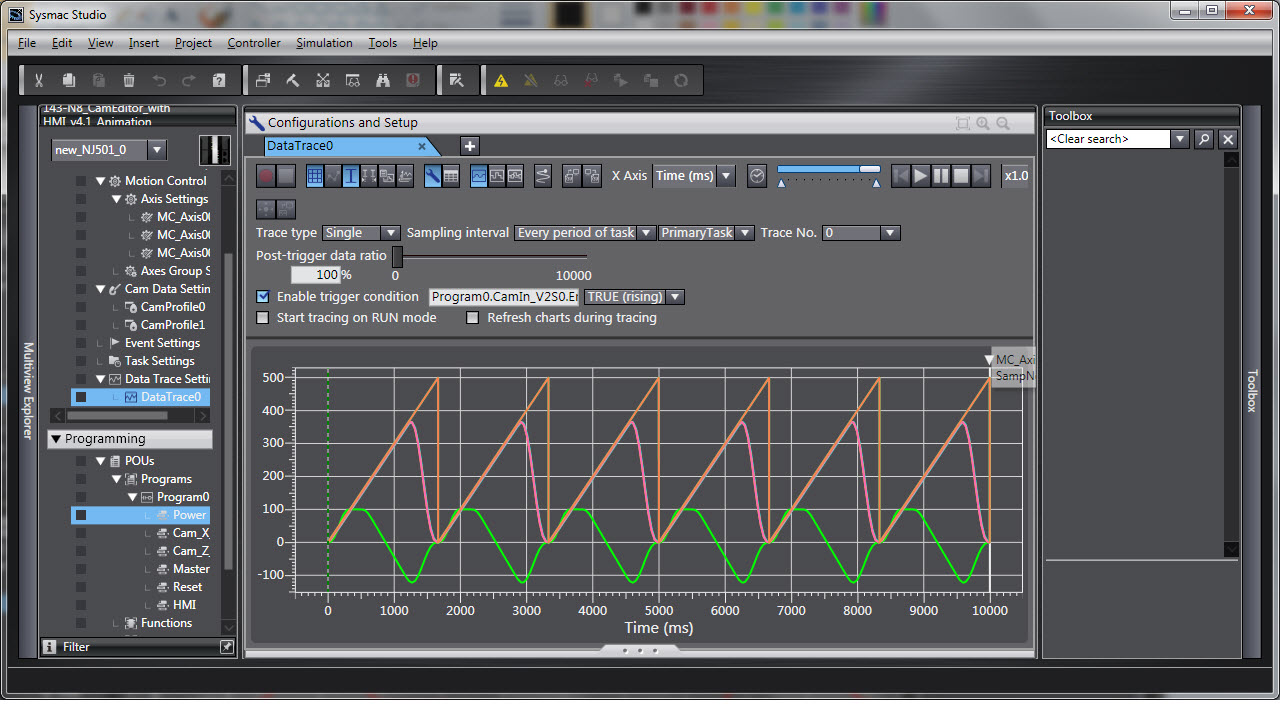 Advanced functions to protect your investment and secure the machine are standard in Sysmac Studio, and the NJ-Series. Preventing unauthorized connections, operation or even theft of assets are paramount for both large and small projects. Features such as controller name confirmation, serial ID matching, administrator access rights, and controller write protections all help protect your machine. Furthermore, authentication of user program execution and project files password protection with 32-digit security passwords ensure your intellectual development property is always safe.

A function of both the NJ-Series controller and Sysmac Studio, task management ensures your control system operates exactly as planned. The Task System used by NJ-series controllers is used to assign an execution condition and execution order to a series of processes, such as I/O refreshing and user program execution. This new level of control allows a programmer to specify how the CPU operates during run-time to guarantee consistently fast operation for the life of the machine. Sysmac Studio provides simple and clear adjustments for task settings as well as powerful performance evaluation tools. Only valid options are shown for task selection, guiding the user to an appropriate configuration. Once a configuration is chosen, program timing can be monitored to ensure optimal operation. The Task Execution Time Monitor can be used during simulation to display execution times before downloading to the physical controller. Thus allowing the user to predict the operation of the machine before implementation, rather than responding to unexpected behavior during commissioning.